From THOMAS G. FLINT, an Extract from a Newsletter October 1973 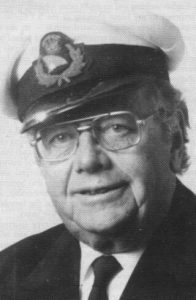 After the Mayor of Brighton had ‘opened’ the season at Somerton, I was asked by Ray Rodda to write an article for the Newsletter. Having only recently returned from overseas, I could have written something of Cowes — The Admiral’s Cup — English yachting and no doubt other subjects however, I returned to my home thinking of the S.Y.C. — the people who have been associated with it — its ups and downs against storm and tempests. As I have passed on a lot of club records I had in my possession, I rely on memory, but I trust the following account may be of interest.

Before World War II there was in existence the Broadway Yacht Club where a lot of local lads sailed small sailing craft, canoes and dinghies of wood and canvas.

During the war the club activities lapsed until 1945, when the Somerton Sailing Club was formed and a club house was built on the beach in front of the existing club. I was a guest at the opening of the original club house. The club prospered with enthusiasm and good management. The building was subsequently enlarged and I believe that I can say without contradiction that Somerton had the best club house, the largest membership, and was the most active yacht club amongst the foreshore clubs, although only established about five years. Classes of boats raced were Vanitie type fourteens, VJ.s, heavyweight Sharpies, Cadet Dinghies and other ‘odds and sods’. The club had as a rescue craft Astra, a yacht, but she was unsuitable and was replaced by a stout craft Somerton, which was built by Jack McFarlane. She was a very seaworthy craft and was kept on a mooring out on the ‘blue line’.

Came the great storm of 1953 — a culmination of high tide, an extraordinarily low barometer, and a strong westerly wind. Only one vessel was saved from the clubhouse — the whole outfit, club house and boats, disappeared and the following morning was a scene of utter desolation with only a few bricks and concrete on the beach showing where a club house might have been. The Governor, Sir Robert George, during a visit to the beaches to survey the damage, which was very consider-able, made the remark that if the Somerton Club were to build another club house, he would like to open it.
Interest lapsed and a move was made in the State Parliament for the club to be re-established on a block of land in the Miller Reserve. Mrs. Bessie Miller agreed to this , I understand that some years previously she had given the Reserve to the Brighton Council. A public meeting was called at the Community Hall, Grantham Road, Somerton and the Mayor of Brighton, Mr. Hewish chaired the meeting. A provisional committee was invited to get the club on the move, and an Opening Day was held in October, 1957. Due to the enthusiasm of some very keen officials and members, the club raced that season with a tent on the beach as a club house.

Subsequently a number of guarantors backed the club and with money-raising efforts — car raffles etc., our block at Somerton was partly leveled, the club house was built, we put down a ramp on to the beach and installed an electric winch, and volunteers did a lot of” sheet piling’ with railway sleepers on the beach. As a matter of interest, a road was never intended to go along on the sea side of the reserve and there was no Esplanade between College and Eton Roads. The Brighton Council Overseer drove the peg in the S.W. corner and that is how the club was built in its present position.

At the 1957 Opening Day, Sir Robert George visited the club, opened the club house, accepted the office of Patron and with his private secretary, Maj. Gen. George Symes, accompanied me in a dinghy to my yacht where he took the salute. This Opening Day was wonderfully supported by kindred clubs. Since those days, the club has had its ups and downs. We started off with a fleet of heavyweights, we were the first club with International Cadets, the old lifeboat was sold and a newer boat purchased, lightweight Sharpies came and went. In 1961, a very concerted move was made to close the club by a number of members who were dissatisfied with the organisation. An Extraordinary General Meeting was held and sufficient members were rallied to carry on, with myself again elected as a ‘caretaker’ commodore, and to this I agreed until the club was firmly reestablished.

Having seen 50 boats racing at the club today and seeing the young men who were lads in short pants still taking an interest, and the continued support of families who have put a tremendous effort into the Somerton Yacht Club over so many years, makes me proud to belong to such a friendly club — long may it prosper.